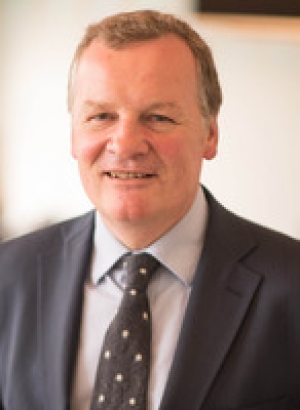 A cynical and deliberate stunt by the RMT to try and bring our trains to a standstill by co-ordinating strike action on two fronts on the same day to cause maximum disruption, delay and damage to our passengers

Responding to the RMT's strike by Station staff on 7 September, Alex Foulds, GTR's Passenger Services Director, said: "This is a cynical and deliberate stunt by the RMT to try and bring our trains to a standstill by co-ordinating strike action on two fronts on the same day to cause maximum disruption, delay and damage to our passengers' everyday lives and the economy. The RMT leadership is playing politics with innocent people who are simply seeking to go about their business with employers, family and friends. It is a shameful and pitiful act and shows everyone their true colours and motivation, come what may and whoever they hurt.

"During face-to-face discussions with local union officials from the RMT and TSSA last Monday, we took our original proposals off the table, and agreed new proposals with them - a six months pilot at eight stations using volunteer staff to test the new Station Host role. It was a very productive meeting and the RMT officials present were content to put the revised pilot proposal forward to the RMT leadership for endorsement. We are therefore perplexed that they have decided to call this strike day in protest at proposals that no longer exist and when a solution had been found. The only conclusion is they are determined to strike even if there is no longer any justification.

"The Station Staff who voted in this ballot may now be asking, like us, why there is no mention of the revised pilot proposals in their statement today. They have ignored the will of their members, with only one in four voting for strike action and are now attempting to drag station staff out on strike over proposals which we have already withdrawn.

"These pilots would be manned by volunteers on a secondment basis and would allow concerns around personal safety and cash handling to be addressed. Staff would keep their jobs, get more money and many would work fewer hours. "To call a strike over proposals that no longer exist is a stunning own goal by the RMT leadership."

Editor's notes The RMT had already announced strike action by conductors on GTR's Southern services, in Kent, Sussex and Surrey - on 7 & 8 September – over its plans to modernise and improve on-board services on Southern (there are no conductors on Great Northern and Thameslink services). The RMT's station staff strike applies to GTR's entire franchise of Southern, Gatwick Express, Thameslink and Great Northern.

Although our new proposals for our station modernisation programme would affect only eight stations where we would run a pilot of the new role of Station Host, and although these proposals would affect only ticket office and gateline staff, the RMT has called out on strike all its station members. This includes platform train dispatch staff without whom we cannot operate some services, where they are needed. We are now looking at what level of service it would be possible to provide should the station staff strike go ahead.