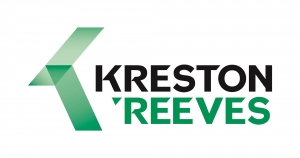 The largest single change affecting businesses from 5 April has already been announced. The new apprenticeship levy will be charged on firms with total annual payroll in excess of £3 million. In fact, those not obliged to pay this new levy are the ones most likely to benefit by achieving a reduction in their training costs. The Government has pledged to pay 90% of apprenticeship costs for small businesses.

Rate relief will be 100% from April 2017 based on a rateable value of up to £12,000, tapering to £15,000. This will benefit those where property values have risen the most. However, the overall revenue take of the latest revaluation, which is based on 2015 property values, is not altered, meaning some will still face significant rises, mainly in London and the South-East. A review of Business Rates is promised to level the playing field with digital commerce, which largely avoids it.

In addition, there will be a discount for pubs, caps for those moving out of Small Business Rate Exemption and a discretionary fund for local authorities to apply.

The Making Tax Digital start date for businesses with a turnover below the VAT threshold has been delayed. Those with turnover between £10,000 and £83,000 (the current VAT threshold) will now not be required to report digitally until 6 April 2019. This will be welcome news to smaller businesses, the self-employed and landlords.

Increased technical training will be welcomed by business. However, one of the throwaway comments in the Budget speech was for a compulsory three month 'quality' secondment – this will have a cost effect on business. Questions remain: Will businesses be able to use the apprenticeship levy to cover these costs? Is there capacity for businesses to take on 630,000 students (of level 2 and above) each year?

Personal service companies supplying those in the Public Sector (technically those entities covered by the Freedom of Information Act 2000) – which includes the BBC, Transport for London, or even your local dentist – will have potentially increased costs from 5 April. The Government has widened the hybrid rules to limit perceived tax avoidance by multinationals.

Some thirty future changes were listed as proposed or to be consulted on. Some of these may well have significant effect, such as changes to the taxation of partnerships and valuation of benefits. Important changes already announced and due in force imminently include: abolition of salary sacrifice arrangements; penalties for enablers of tax avoidance arrangements; restriction of interest relief – potentially applicable where group interest charge is over £2 million pa; more flexibility on use of losses brought forward within companies.

Laurence Parry is Tax Partner at Kreston Reeves and can be reached on 0330 124 1399 or via laurence.parry@krestonreeves.com