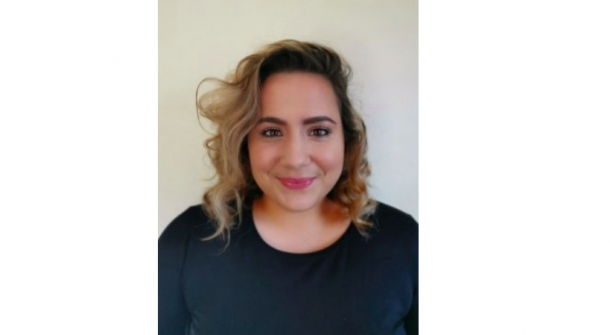 Thanks to our dedicated railway workers, we’re keeping trains running at a challenging time. We take a look behind the scenes to meet the ‘railway heroes’ making it happen and to hear their stories…

Hannah Foran, 23, is a social media advisor and a fifth generational railway worker. An Anglo-Indian living in London, Hannah’s passion for trains was born out of a long-standing history of family members working in the industry. Trains run in her veins!

"I'm extremely proud to come from a family with so much history and being the fifth generation of my family working in this industry, although my role isn't such a traditional one and more of a modern take!

“During the pandemic, the social media team and I are providing round-the-clock support across our social channels while working from home. People are understandably worried about social distancing if they have to travel on trains so I’m encouraging them to follow the measures we have at stations, use the one-way queuing systems and please do ask one of my colleagues if they need any support at all.

“I suffer from anxiety so it can be really hard for me to do basic tasks like a food shop at the moment, especially if people aren’t keeping their distance. I think people are quick to forget about hidden illnesses, particularly mental health. I know that it’s been really difficult for a lot of people, so I’m really keen to help reassure people on our channels.”

The Foran family passion for trains started with Hannah’s great, great grandfather, Michael, who worked as a station master at Tatangar Station in India. His career began at 15 on the Eastern India railway lines in 1860 and he worked for the railway for over 50 years. Following in his father’s footsteps, her great grandfather, Dennis worked as a train driver on the Bengal Nagpur Railway from 1924 to 1959.

Not giving up with the family tradition, in 1962, Hannah’s grandfather Neil Foran made the move to the UK. He transitioned from his railway job as a boilermaker for steam trains in India to a similar role in the UK. While this was a huge change from his lifestyle in India, his passion for the railway continued and it was this drive and determination that encouraged his son to take up a career in rail.

Hannah’s father, Ian Foran, started his career 25 years ago, becoming a driving instructor in 2000 and later became a testing and commissioning driver for Thameslink. Ian is currently preparing for the start of automatic train operations routes through the centre of London, which will see driving on some sections of the line automated.

Hannah broke away from family tradition and began a career in events, but with the rail running through her veins, she quickly transitioned to her role within the railway industry with GTR, which operates Southern, Gatwick Express, Thameslink and Great Northern. Hannah is now a social media advisor and helps customers on Twitter and Facebook as well as supporting content management for the company.

Hannah said: "I wasn't aware that our family history on the railway stemmed so far back. I only really became interested when my dad began working on the introduction of Thameslink’s Class 700 trains. He went over to Germany and was shown around by Siemens.

"He was on the news talking about it which was pretty cool! He told me about the social media advisor role, so I applied not thinking I'd stand a chance, but here I am!"

"I've really enjoyed discovering more of my family tree as we have quite an interesting history being Anglo-Indian. I was speaking to my grandfather and he was saying that in India, working in the railway propelled you high within society and it was a highly coveted role.”