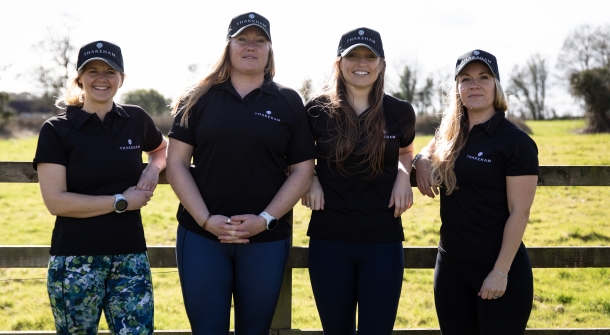 Described  as “one of the toughest races on Earth”, the boat’s four-woman team is competing in The Great Pacific Race. The endurance contest begins in San Francisco on May 25th. Crews from around the world will compete over 2,400 nautical miles until the race ends in Hawaii.

If successful, the team known as the Ocean Sheroes will become only the third female crew to complete the endurance race. They will also join an exclusive set of only 60 rowers to finish.

For Billinghurst-based Thakeham, chief executive Rob Boughton said: “The Ocean Sheroes face an irresistible challenge that immediately captured the imagination of everyone at Thakeham.

“As a home developer, we proudly employ many women in a sector which is traditionally male dominated. We hope that the determination of the crew - facing such a unique and daunting challenge - will empower many more women to be inspired by their example.”

In addition to aiming to complete the course in a world record-breaking attempt of less than 50 days, the Ocean Sheroes are raising awareness of plastic pollution around the globe.

The quartet hope to raise £60,000 for the Seabin Project. Seabin is an eco-innovation which sucks in ocean waste including debris, macro and micro plastics, fibres, and even oils and detergents.

Last year, Thakeham launched a three-fold crusade to become zero carbon by 2025. Specifically, the home developer pledged that every Thakeham home will be zero carbon in lifetime operation; that each home built will be carbon neutral in production; and, Thakeham Group as a whole will also be zero carbon.

For Ocean Sheroes, Lily Lower said: “We always hoped that our sponsors would share our team’s passion to create a positive impact for people and the planet. In Thakeham we have found the perfect like-minded support we always wished for.

“The race represents a huge challenge for us all. Without the support of partners like Thakeham Group, we would be unable to take part, let alone compete. We hope we will make everyone proud.”

The Ocean Sheroes team is made up of Burnham sailors Bella Collins, 28, Lily Lower, 27, and Mary Sutherland, 40, and Purusha Gordon, 43 from Wiltshire.

More information about ocean Sheroes is available from www.oceansheroes.com

More information about the Great Pacific Race is available from www.greatpacificrace.com