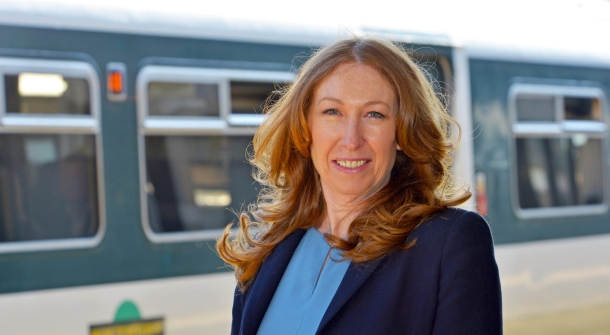 ‘Your Station, Your Community’, the £500,000 annual social and environmental improvement fund set up by Govia Thameslink Railway (GTR), has been hugely oversubscribed, attracting more than £8.5 million in grant bids for its first year.

When the four-week window for grant applications closed at the end of July, over 370 projects had been submitted by organisations across the network, from Norfolk to the south coast. With bids limited to between £1,000 and £50,000, the average was around £20,000. The most popular issues addressed among GTR’s key community themes are mental health and diversity and inclusion.

GTR’s Chief Operating Officer Angie Doll said: “We’d like to thank everyone who has contributed to these bids for their hard work in producing this truly magnificent response. In the fund’s first year we weren’t sure we’d attract enough interest to invest all of the funding, but to be oversubscribed almost 20-fold shows the incredible energy, creativity and commitment our local communities possess.

“The standard of the applications has been extremely high in both quantity and quality, many from organisations we’d had little or no contact with before.

“It will be really hard to decide who the first winners are, as all the responses address important social needs. Unfortunately, we’ll only be able to help fund a fraction of the projects this year, so many excellent bidders will no doubt be disappointed, and I would encourage them to try again next year.

“I would also like to thank our existing partners such as the community rail partnerships and tourism partners, who have done a brilliant job spreading the word across our network.”

GTR will now assess the applications, working with passenger watchdog Transport Focus as an independent representative of the customer voice. Bids will be scored according to social value, stakeholder support, feasibility and demonstrable outcomes. GTR will follow up bids for over £10,000 with a discussion by telephone.

Shortlisted schemes will be sent for approval to the Department for Transport before the end of the year. Successful applicants will be notified in March 2023, with the aim that their projects will start the following month.