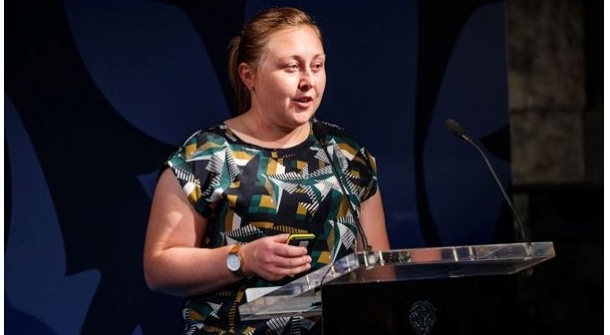 South East community creator Thakeham Group will be represented in a new cross-industry advisory group. The group, called the Future Homes Hub, has been formed by The Future Homes Task Force to help the construction industry meet climate and environmental targets in home building.

Josie C-Thornewill, Sustainability Director at Thakeham, has been chosen for a leading role where she will be seconded to the Future Homes Hub. As the Future Homes Hub’s first Interim Head of Zero Carbon Placemaking and Nature, Josie will play a key role in the delivery of the early development stage of the sector-wide climate and environment plan.

The Future Homes Hub is being established to support the implementation of the Future Homes Delivery Plan to meet climate and environmental targets while building high quality homes and places for now and future generations. The Future Homes Task Force has overseen the delivery plan.

Josie C-Thornewill, Sustainability Director, Thakeham Group, said: “It’s such an honour to be able to represent the company as part of a sector-wide plan with the support of HM Government, to set ambitious goals and metrics. I hope to create the foundations for all size companies within the industry to create places where people can live more connected to nature and with a lower footprint on our planet.”

“Thakeham’s approach has led the way since we launched our Sustainability Strategy and our campaign to Net Zero by 2025. We are inspired to share our ambitions with the wider industry to catalyse action and drive change.”

Thakeham has already enjoyed a leading role in The Future Homes Task Force. In July 2021, the Task Force agreed to a Delivery Plan, which holds UK housebuilders within the Home Builders Federation accountable to reach a set of environmental goals. One of the four goals includes: Places and developments that are consistently low carbon, nature-rich, resilient, healthy, well designed and beautiful by 2025.

Focus areas within this goal include places that are well designed, maximise Biodiversity Net Gain, achieve water resilience, and respect environmental thresholds. Josie’s role will include developing the outline plan for how the housebuilding industry is collaborating and translating the goals into a sector-wide set of performance metrics.

Rob Boughton, CEO, Thakeham Group, said: “Josie is a great advocate for everything we do at Thakeham and has always championed the need for sector-wide improvement through her role in our business and what makes her work shine, as recognized by being a finalist for Sustainability Leader of the Year as part of edie’s Sustainability Leaders Awards.

“We are passionate about sharing our approach to zero carbon placemaking, and this secondment is another great example of Thakeham’s leadership.”

Before that, last year, Thakeham launched a three-fold crusade to become zero carbon by 2025. Specifically, the community creator pledged that every Thakeham home will be zero carbon in lifetime operation; that each home built will be carbon neutral in production; and, Thakeham Group as a whole will also be zero carbon.