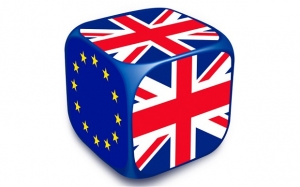 The issues surrounding the upcoming EU Referendum are very complex and it is proving difficult to identify which side of the argument is 'right'.

The issues surrounding the upcoming EU Referendum are very complex and it is proving difficult to identify which side of the argument is 'right'.

The main participants seem intent on disproving the other side's point of view, accusing of fabrication & falsehood, rather than presenting the benefits.  Like many people, I often find myself agreeing with the last person I spoke to or heard talking about the issue.

In the hope that we might get a clear steer, we recently surveyed 500 business people from the Membership and beyond.  At the time of writing, the vote is strongly for staying in the EU (79%) but there are concerns on the influence that the Union has on our finances, regulatory regime and sovereignty.  19% of those who responded would vote to leave whilst 2% are still undecided.

Those who trade internationally have said that an exit will create a more difficult trading environment and may impact their ability to work on the international stage.  We have seen a slowdown or a temporary hold put on a number of investment decisions until the date of the Referendum.

Whilst there are a number who probably feel it will make no difference as they don't see themselves as trading internationally, any negative impact on the economy, even from uncertainty, will work it's way down.

Business and the economy requires some degree of stability and certainty and so, based on the fact that leaving creates more of an unknown future, I am leaning towards staying in.  If we leave then I feel we will be in a marginally weaker position on the world stage.

However, what do you think?  Let me know