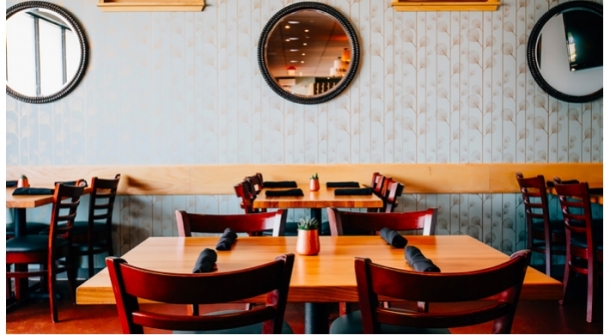 The government has unveiled a wide-ranging package of financial assistance for businesses affected by the coronavirus crisis in the UK. We explain what is available.

The government has this week substantially boosted its financial support package for UK businesses affected by the coronavirus pandemic. On Tuesday, chancellor of the exchequer Rishi Sunak announced a number of new or enhanced measures – a mixture of tax holidays, grants and state-backed loans – designed to help small businesses in particular weather the current storm.

Prime minister Boris Johnson’s decision at the start of the week to advise Britons to avoid non-essential contact with other people is expected to hit the UK’s hospitality and leisure sectors particularly hard, while travel firms and airlines have already experienced widespread disruption.

Below we set out what we know so far about the new policies – though ministers have made it clear they are prepared to take further steps if necessary.

In his 11 March Budget, Sunak said that retail, hospitality and leisure firms with a rateable value of £51,000 or less would benefit from a 12-month exemption from business rates. This exemption has now been extended to all businesses in the sectors, whatever the rateable value of their properties.

The government has also decided to relax planning rules on restaurants and other hospitality businesses such as pubs to allow them to provide takeaways without having to seek prior permission.

The government is also making cash grants available to smaller firms. In the Budget, it was announced that the 700,000 companies eligible for small business rate relief – most commonly those whose property has a rateable value less than £15,000 – would get grants of £3,000. This sum has now been increased to £10,000, and will also apply to firms eligible for rural rate relief.

Sunak said these grants will be administered by local authorities, which will receive the relevant funding from central government in early April and then contact businesses directly.

The chancellor said that the government would provide loan guarantees worth up to £330bn – equivalent to 15% of UK GDP – for bank finance through two main schemes.

The first is aimed at supporting liquidity in larger businesses, to help them deal with cash-flow issues caused by the crisis – this will involve the Bank of England making unsecured short-term debt available at a low cost.

The second is the Coronavirus Business Interruption Loan Scheme: this will provide loans of up to £5m (up from the £1.2m announced in the Budget), with interest costs in the first six months covered by the government.

Earlier in the week there was concern among hospitality and leisure businesses that they would be unable to claim on insurance policies because the government had not directly ordered them to close. However, Sunak said that the government’s advice was sufficient for firms to make claims on policies that explicitly provide protection against pandemics and government-ordered closure, and these are now expected to be settled by insurers.

There have as yet been no changes made to the statutory sick pay (SSP) measures announced in the 11 March Budget, which set out that workers would be entitled to SSP from day one of their illness rather than day four, and that the government would underwrite the costs of SSP for small businesses for up to two weeks.

However, Sunak said that ministers were currently in discussion with trade unions and other parties to develop a wider package of support for employees and other workers.

Sunak also said that the changes to rules around contractors due to come into effect on 6 April this year had been postponed until 2021. The updated IR35 rules would have put the onus on businesses to provide evidence that any freelance or contract workers were genuinely self-employed and not “disguised employees” who should in fact be on the company payroll – and therefore paying higher rates of tax.

The expected rule change has already seen many large businesses drastically reduce the number of contract workers in their organisations over fears they could fall foul of the new legislation.

The government has also worked with mortgage providers who will offer homeowners who are facing financial difficulties a repayment freeze of at least three months – a measure that could benefit business owners as well as workers.

Individuals are advised to speak directly to their mortgage lender if they are facing or may face problems in meeting their monthly repayments. Borrowers have been assured they will not damage their credit ratings by taking a repayment holiday.

Through NatWest Mentor, the provision of consultancy and advice to help support businesses is also available. This can range from employment law & HR advice, to health & safety and environmental management consultancy. Mentor services incur a fee.