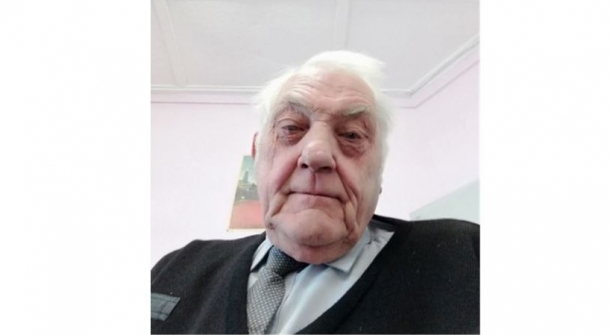 This National Apprenticeship Week, rail operator Govia Thameslink Railway (GTR) is going against the grain and unveiling to the nation a group of apprentices who are debunking the traditional apprenticeship stereotypes. Amongst this special set of employees is one of the oldest apprentices in the UK, Bob Bryce, 76.

Bob’s story shows that one is never too old to make a career switch or continue upskilling. In time for National Apprenticeship Week, GTR is telling the stories of its apprentices, celebrating diversity, and showcasing its impressive achievements which show that over 69% of its apprentices are over 30, bucking the idea that apprenticeships are only available to younger people.

As a way of recognising the importance of apprenticeships, GTR has worked on developing its own in-house programme that doesn’t just bridge the looming skills gap in the rail industry but gives GTR a competitive advantage.

The range of roles available offer an alternative view of what a career in rail entails, whilst promoting the diversity embedded at the core of the organisation. As a result, GTR is fast becoming an employer of choice, not just for the younger crowd but for older adults who are entering the rail industry via apprentice schemes, often as a way of retraining.

This focus has led to 69% of GTR’s entire apprenticeship workforce being made up of over 30s - with those over 40 accounting for 30% - truly challenging the perception that apprenticeships are only available to younger people at the start of their careers.

Zoey Hudson, Head of Talent, Diversity and Inclusion at GTR comments, “As an employer, our single greatest asset is our workforce, and the apprenticeship programmes have been a key driver in helping us recruit the most diverse, dynamic and skilled group of employees. We are very proud to see that so many different ages groups represented in our apprentice workforce. At GTR, we have set out to challenge the stereotypes associated with careers in rail, and our applicant numbers - as well as their demographic split - clearly show that more and more people are recognising it as an attractive and lifelong option.”

GTR is not stopping there and is working to increase the number of its apprentices even during the challenging landscape caused by the pandemic. The rail company has set its sights on recruiting 200 new apprentices in 2021, followed by a 25% increase in 2022, to a total of 250, whilst simultaneously targeting a 50/50 gender split on all new driver apprenticeships.

Hudson explains, “Our objective is to continue pushing boundaries, debunking stereotypes and in turn continue attracting the most diverse and skilled workforce out there. This goal will not only drive our business forward but enable the industry as a whole to meet our target and slowly close the skills shortage.”

To support the next stage of its journey, the operator has launched a live vacancies portal for the apprentice roles available in 2021. For more information go to: https://gtrailwaycareers.com/jobs/vacancy/625/MediaPR/detail

Case Study: Pipped to be the Oldest Apprentice in the UK

To mark National Apprenticeship Week and celebrate the diversity across its workforce, GTR is for the first-time offering access to UK’s oldest apprentice Bob Bryce who is currently completing the Level 3 Supervisor Apprenticeship with the rail company. At 76 years old, most people would have retirement firmly in their sights, but Bob is not only still working, but is learning new skills too.

Bob tells his story: “I joined the railway in 1999 and my biggest regret is that I didn’t do it sooner! It’s the best job I’ve ever had, which is why I want to keep working as long as possible.

“I’m a passenger host and team leader based at Luton station and I’m doing a Level 3 Supervisor apprenticeship so that I can improve my skills even further. I was hesitant to do the apprenticeship at first because of my age – I left school over 60 years ago without any qualifications! It’s been hard at times to get back into the routine of learning again.

“In order to do the apprenticeship, I needed to get the equivalent of GCSE (grade A-C) passes in English and maths, which would mean that once I complete my course, I will gain a level 3 Apprenticeship which is equivalent to an A Level.

“I was really enjoying the physical lessons where you learn as part of the group but because of the pandemic everything had to switch to becoming virtual, which was another challenge I had to overcome. Although Covid-19 has delayed things, I’m on the home straight now with just one exam left to go. I think I must be the oldest apprentice in the UK!

“If I’d had my time again, I would’ve got a job in the railway as soon as I could. It’s a job for life and I’m grateful for the opportunity to learn new things at my age. I don’t want to retire anytime soon! I want to keep my brain active and working and I would encourage anyone in later life to consider an apprenticeship because you’re never too old to learn something new.”

And Bob isn't the only person enjoying the opportunity that learning brings later in life. Yvonne (51) and Nadia (47) are both studying towards apprenticeships whilst earning a wage with GTR.