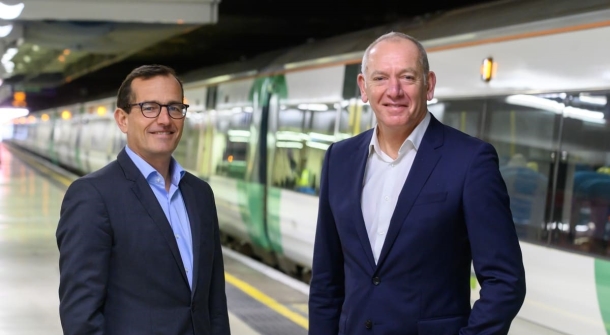 The Go-Ahead Group has issued the following press release:

Contract highlights
The new contract commences on 1 April 2022 and will run until at least 1 April 2025, with up to a further three years at the Secretary of State’s discretion.

The NRC, like the Emergency Recovery Measures Agreement (ERMA) contract it will replace, is a management contract which has extremely limited exposure to changes in passenger demand and no substantial cost risk to GTR.

The contract also allows for individual project fees to be earned by GTR on the delivery of additional initiatives as directed by the DfT.

Background
Since 2014, GTR has operated Southern, Thameslink, Great Northern and Gatwick Express, which delivered 349 million passenger journeys annually prior to the COVID-19 pandemic. GTR manages 235 stations in London and the south-east of England and employs 7,400 people.

The NRC serves as a bridge to the future Passenger Services Contracts intended to be let and managed by Great British Railways in line with the Williams-Shapps Plan for Rail, announced in May 2021.

During the NRC period, GTR will focus on encouraging more people to return to rail following the pandemic. It will continue to further improve the customer experience, with dedicated funds available for localised station enhancements, for customer and community led projects, and for projects to remove barriers for disabled people at more of its stations. GTR will continue to improve punctuality and reliability through close collaboration with Network Rail.

Building on its already strong environmental credentials, GTR is aiming to become an even greener train operator, working towards phasing out its diesel fleet by 2035, introducing its first zero emission ancillary vehicles in the next 12 months, and aiming to increase recycling rates to 80 per cent over the next three years. Expanding on its successful apprenticeship programme, GTR will increase apprenticeship opportunities – aiming for 2.5 per cent of its workforce to be new apprenticeship starts. Acknowledging the value of diversity, GTR will set targets aimed to build on its positive work to increase female and ethnic minority representation amongst both train driver recruits and in engineering/technical apprenticeships.

Go-Ahead’s subsidiary, Govia (Go-Ahead 65%, Keolis 35%), has operated GTR since it was created in 2014. With its industry partners it worked to deliver the Thameslink Programme which has transformed journeys to, through and within London. More than 1,500 new railway carriages (replacing some of the country’s oldest fleets), over 1,000 station improvement projects and industry leading smartcards and tools, have all been delivered for customers. Performance has improved with a steady increase in customer satisfaction over a five year period. Last year Southern was named Passenger Operator of the Year at the National Rail Awards, with Great Northern as runner up. GTR’s support for the growth and wellbeing of the communities it serves has included a successful partnership with the Prince’s Trust that has enabled rail careers for 120 young people from challenging backgrounds, suicide prevention training for colleagues that has led to a 57% increase in life saving interventions, and the biggest roll out of life saving defibrillators on the UK rail network, with one available at every station.

“As the UK’s largest rail operator, I know GTR will play a key role helping the Government continue delivering our Plan for Rail and revolutionise the lives of passengers.

“With their plans for improving the punctuality, reliability and accessibility of their services through close collaboration with Network Rail, we are proud to partner with GTR to create a truly passenger focused service.”

“I’m delighted with today’s announcement. Under this new contract we will build on our achievements in enhancing performance in recent years. We will be working closely and collaboratively with DfT, NR and other partners to run the most reliable service possible, and we will be putting passengers’ interests first.

“A top priority is to build passenger numbers back after the COVID-19 pandemic. Go-Ahead will bring commercial acumen and international experience to bear in encouraging people back to the railways.”

“We’re pleased that the hard work of the team at GTR – especially over the difficult past few years – has been recognised. We are particularly heartened by the commitment of an ambitious green agenda and strengthening the business’ passenger centred approach during the contract. We’re proud to be playing our part in the future of Britain’s railways.”

“We welcome this positive news, which marks the start of a new era for GTR. I’m incredibly proud of how far we have come, including overcoming two challenging years dominated by Covid. All of this is thanks to the continued focus and passion that GTR colleagues bring to work every day.

“I'm delighted that GTR's long-standing experience in running the UK's largest train network, our focus on improving the customer experience and our strong local community relationships have been recognised. This new agreement means we can continue to build on what we have achieved to date as we focus on welcoming more people back to the railway.”

The person responsible for arranging the release of this announcement on behalf of the Group is Carolyn Ferguson, Company Secretary.