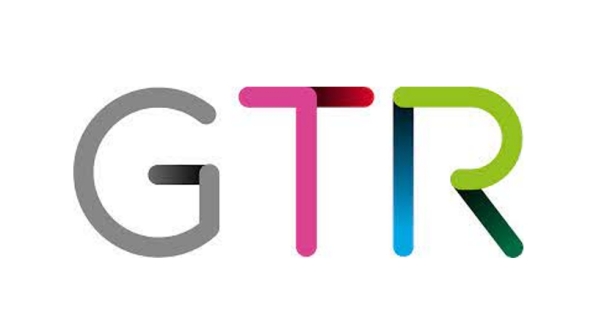 Welcome to your September issue of In-Touch with the latest news and updates from across Govia Thameslink Railway.

This edition contains updates on:

On Friday 2 September, residents at East Grinstead alongside Mims Davies MP welcomed the completion of East Grinstead’s £4.5m lift and footbridge scheme with a special visit from local tourism attraction, the Bluebell Railway.

Construction of the upgrade, combining two lifts with a footbridge to provide access to both platforms, began in November 2021. It owes a significant debt to the late Mr Eric Mackie MBE, founder of the East Grinstead Accessibility Group and a major advocate for improving the accessibility of the route.

Mr Mackie’s role in the community was marked through the unveiling of a commemorative plaque, with thousands of customers to benefit from the scheme in the years ahead.

Network Rail is beginning a £30m investment programme designed to reduce queues at ticket gates and congestion at platforms.

The work involves creating more space on the concourse by removing retail units and increasing the total number of ticket gates from 86 to 111, including eight new wide accessible gates, to speed up people’s journeys through the station and improve accessibility for disabled people.

The station concourse area that serves platforms 15 to 19 will be opened up and expanded, and a spacious access route will be created between platform 14 and the existing escalators to the Victoria Place shopping centre.

To create more space for additional ticket gates, and wider routes between the concourse and platforms, the Gatwick Express ticket windows will be moved to a more prominent position, while some retail units will be repositioned elsewhere in the station.

To minimise overall disruption to passengers, the work will be carried out alongside the London Victoria resignalling project, a major programme of signalling upgrades on the south London lines into London Victoria. This means the most disruptive work will happen when there are fewer or no passenger services running at the station, as lines will be closed.

Work on the project is set to get underway from this September, starting with the relocation of the Gatwick Express ticket office. This will be followed by work on the Kent gatelines (platforms 1-7) in November and the Sussex gatelines later in the year. The work is due for completion in late 2023.

Benefiting customers across the network through improvements to Thameslink reliability, during the recent August bank holiday, Network Rail installed 56 new signalling cabinets between Hitchin and London helping to set the route up for an advanced new operating system, which will allow for continuous in-cab communication with train drivers by 2025 on the East Coast Main Line.

Work on the East Coast Digital Programme will continue on Sunday 4 and Sunday 18 September, as well as on Sunday 9 October. This will mean no services will be able to run on the Northern City Line on these dates.

Trains that usually run to and from Moorgate on these dates will be diverted into King’s Cross.

£8.5m bids for funding for new ‘Your station, Your community’ fund

‘Your Station, Your Community’, the £500,000 annual social and environmental improvement fund set up by Govia Thameslink Railway (GTR), has been hugely oversubscribed, attracting more than £8.5 million in grant bids for its first year.

Community rail partners and user groups did a fantastic job at spreading word of the availability of the fund across the network, with high quality submissions, many from organisations who had not previously had direct contact with the railway.

GTR will now assess the applications, working with passenger watchdog Transport Focus as an independent representative of the customer voice. Bids will be scored according to social value, stakeholder support, feasibility and demonstrable outcomes. Shortlisted schemes will be sent for approval to the Department for Transport before the end of the year. Successful applicants will be notified in March 2023, with the aim that their projects will start the following month.

While no longer able to support the software used at GTR, with the assistance of The Turing Trust, the IT recycling and education charity, six hundred redundant desktop computers are set to enable thousands of children to learn computing skills in Malawi.

Just six years ago, only three per cent of Malawian schools had even a single computer. Now, thanks to the Trust’s programme, over 80 per cent of schools in the north of the country have the technology for children to learn computing skills.