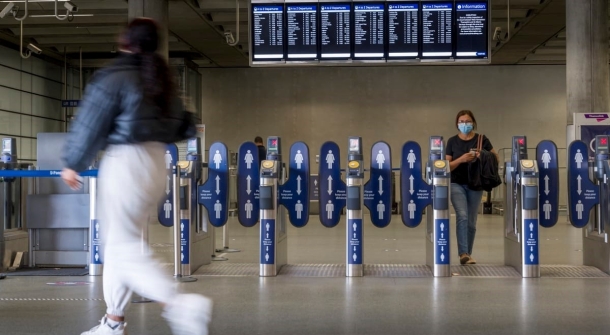 Passengers should travel only if absolutely necessary on Southern, Great Northern and Thameslink on Wednesday 27 July and the morning after due to next week’s strike by RMT members at Network Rail and UK train operators.

Operator Govia Thameslink Railway (GTR) will be running the same service plan as for the last strikes in June and warns there will be very few trains, with crowding expected, particularly on last trains, and possible delays. Gatwick Express will not operate although the airport will have a limited Southern and Thameslink service.

There will be no service at all on many lines south of London or on the route between Cambridge and King’s Lynn (see map). Trains will start running at around 7.30am and finish between 4.30pm and 6.30pm.

The next morning, on Thursday 28 July, services will start at around 7.15am or later, and there will be an amended service on that day. Morning trains are likely to be very busy. Customers are recommended to travel later, plan their journeys and check again before travelling.

Online journey planners such as nationalrail.co.uk will be updated at the weekend.

GTR has once again been in touch with local stakeholders, including hospitals, to notify them of the impact of the RMT strike action.

“Regrettably, we have to ask people once again to travel only if absolutely necessary on Wednesday 27 July, because of strike action by RMT members. There will be very few train services and some routes will be closed altogether.

“Services will start much later than normal and finish as early as 4.30pm. All this may lead to very busy trains and possible delays. Passengers should plan ahead and think about travelling at another time.

“We are extremely disappointed that passengers across the country now face the anxiety of further rail disruption. Our focus remains on encouraging the RMT to work with the industry to seek a swift resolution.”

Striking signallers at Network Rail will have the greatest impact on the service, leading GTR to focus on providing a service on its busiest mainline routes only.

“I can only apologise for the impact this pointless strike will have on passengers, especially those travelling for holidays or attending events such as the UEFA Women’s Euro 2022 semi-final (Wednesday 27th) and the opening ceremony of the Commonwealth Games (Thursday 28th). It is frustrating to yet again ask our passengers to change their plans and only make essential journeys.”