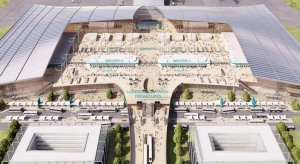 Some personal thoughts on the recommendation by the Airports Commission

Some personal thoughts on the recommendation by the Airports Commission

Sir Howard has delivered a recommendation that is politically and economically astute, but takes little account of deliverability or of the environmental impact of building a third runway at Heathrow.   He seems to have taken no regard for the cost to Public Finance as £6bn will be needed to dig a tunnel for the M25, and the conditions he has set around air quality and night flights are undeliverable.

There is also too much being made of Heathrow's ability to act as Hub Airport as this is extremely unlikely to be the way forward for UK aviation.  The UK is a destination and with London as the financial capital of the world as well as being one of the key global tourism destinations, point to point travel is the future.

I personally am mystified as to how local MPs can say Heathrow is preferable to Gatwick as every argument they raise against Gatwick is multiplied many times over for Heathrow in terms of the number of people affected, the cost to the public purse, the air quality issues and the impact on employment and housing, let alone the political opposition from Government heavyweights such as Boris Johnson and Zac Goldsmith.

It is encouraging to see that Gatwick is seen as the credible alternative and so he has also delivered a way for the government to deliver a second runway at Gatwick and this should be taken up as Gatwick is the better choice.

So we now need to work with our local, regional & national politicians to make sure they understand the key benefit to the region and the country of a second runway at Gatwick.  They need to understand that there is extremely strong support for Gatwick from the business community and from residents.