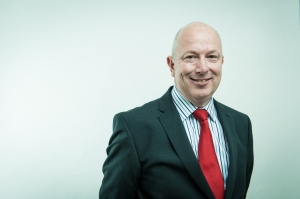 Helping the makers to march...
Wednesday's budget was broadly positive, particularly for small businesses and included a number of surprises such as the sugar levy, the new ISA model and reductions in Corporation Tax, Business Rates and Stamp Duty on commercial property.

For the manufacturing and engineering sector the changes were pretty agnostic, however, one announcement may have a fundamental effect on the ability of the sector to deal with its skills deficit - all state schools would by 2020 have to become, or have plans to become, Academy schools.

Academy schools are effectively self managing and independent of local government, but funded directly from central government. The good and the bad news is that they can make many decisions around the priorities they follow by themselves. That may be useful, but when the nation has a strategic need to produce more engineers it is a potential problem, unless the Government decides to target and point all of those schools in a particular direction.

For the manufacturing, engineering and technology sector, central government needs to target and fund such schools not only to deliver a STEM biased curriculum, but one with an appropriate vocational slant. This should equip young people with the skills needed by businesses in future. The resultant quality of Engineering Apprentices going into schemes funded by the new Apprenticeship Levy would then improve.

So, if the Government is still interested in orchestrating the 'March of the Makers', it should grasp the opportunity to meet one of the fundamental aims of our national educational system, which is to make sure that enough young people are given the opportunity to attain the qualifications and motivation to join a sector where one of the main barriers to growth has been a long standing skills shortage.