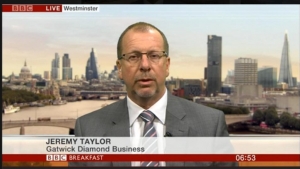 The hotly anticipated announcement of the Government's preferred site for the UK's next Runway has now been made.

The hotly anticipated announcement of the Government's preferred site for the UK's next Runway has now been made.

Whilst it is obviously disappointing that the preference is for Heathrow that doesn't mean we aren't going to see a new runway at Gatwick.  As you know I'm a passionate supporter of Gatwick and this support is reflected in the majority of our members and by the 35 Business Organisations who recently co-signed a letter to the PM calling for Gatwick Runway 2.

Fundamentally, I believe that a third runway at Heathrow is undeliverable.  There are too many obstacles from surrounding Councils and from London MPs.  Furthermore, the conditions stated by the Davies Commission (which include no night flights and no worsening in air quality) are likely to be insurmountable.

We also have to ask where the funds are going to come from to cover the costs of moving or tunnelling the 14-lane M25 between the M3 and M4 Junctions, let alone the cost of suggested new rail lines to service Heathrow.

By contrast, Gatwick has the land & the money ready to invest in delivering the 2nd Runway here.  There is no question that there will be some infrastructure and environmental impact from that runway, but it will be a fraction of the impact from Heathrow.

The Government's consultation should not just be about the site of the new runway but it should also reflect how the 'losing' area will be affected.  Having spoken to aviation experts, it seems that were Heathrow to actually build their 3rd Runway then the airspace around London, Surrey, Sussex and Kent will be adversely affected as the Gatwick airspace ceiling height will be lower and so local people will hear more aircraft noise.

Furthermore, much of Heathrow's argument is based on a miss-guided assertion that Hub aviation is the way forward and that freight is a vital part of the offer.

In respect of Hub aviation, the large majority of airlines are buying point-point aircraft like the Airbus A350 & the Boeing 787 or 737 Neo.  The demand for Hub aircraft is from a few Middle Eastern carriers who are based in that territory.  Recently it was found that only 7% of London's passengers are passing through in transit and so it seems illogical to base an airport strategy on a declining market.

In respect of freight, this will be less important as modern aircraft have less hold capacity for freight.  Business flying is about the exporting of ideas from our knowledge-based economy and bringing in buyers. Products can get to market in any number of ways and I would argue that on the back of a lorry along the busiest stretch of Motorway in Europe, is not conducive to lean supply chains.

So, we will keep on making the case for Gatwick during the initial consultation period and will continue to lobby MPs leading up to any vote.