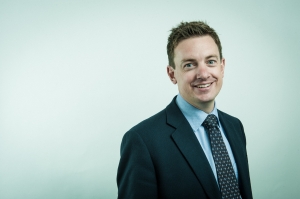 New pension rules allowing far greater flexibility over what you can do with your pension pot came into force on 6 April 2015. West Sussex and Gatwick-based chartered accountants, Carpenter Box, are taking a practical look at the pension landscape a year on from the landmark rule changes in a series of Pension Breakfasts over the next two months.

So, what has been Carpenter Box's experience since last April? Some have used their pension pot to pay off their mortgage, whilst others have bought a second property. The media has also reported on individuals purchasing classic cars and antiques with a view to at least maintaining, and hopefully increasing, the purchasing power of their hard earnt pension savings.

However, Roy Thompson, Associate at Carpenter Box Wealth Management LLP, warns: "Over the last year I have seen a number of people who have taken money from their pension which has, unwittingly, made them a 40% taxpayer. Also, many do not consider the fact that by moving money from a pension to a personal investment is moving money from an environment that would allow tax free growth, to an area where they are taxed on any growth in the initial sum invested."

It is also interesting to note that some pension companies do not allow you to do what you want with the pension pot and will refer you to a specialist adviser.

The whole area of pensions can be a minefield without the right advice and more changes to pensions are planned in April 2016, with the Lifetime Allowance reducing from £1.25m to £1m. This could affect 1.5 million savers and not 55,000 as originally claimed by the Treasury. There is also the possibility of a reduction in pension tax relief for higher rate tax payers, so we'll have to see what the Chancellor's Budget Statement announces on 16 March 2016.

With so much to take on board in the current economic environment, can you afford not to miss the Pension Breakfasts? The next one is being held at Carpenter Box's offices in Gatwick on 9 February between 8am and 9am. There will also be a Breakfast between the same times on 22 March at the firm's Worthing office. Places are limited at both venues, so if you would like to attend, please either register via the http://www.carpenterbox.com/event-pensions/ website, or contact Lucy Tunstall at Carpenter Box on 01903 234094.