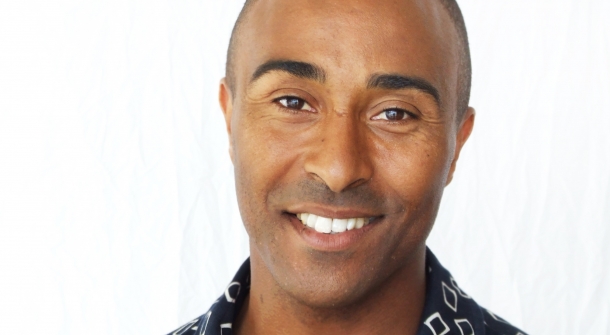 The organisers of British Airways Run Gatwick have announced that legendary British athlete Colin Jackson will be attending the event on Sunday 13th May 2018.

The Welsh former sprinting and hurdling athlete, who during his career became a world champion, Commonwealth champion, Olympic silver medallist and world record holder, will be showing his support for runners at the very first British Airways Run Gatwick whilst acting as an ambassador for Flying Start, the global charity partnership between British Airways and Comic Relief.

Colin is now an immensely popular face in the world of broadcasting, covering all major sporting events for the BBC, and his presence at British Airways Run Gatwick next month will be of great motivation to the thousands of runners set to take on the International Half Marathon, 5K, Corporate 5K and Family Run.

This exciting new event takes place on fully-closed routes through the parks, towns and beautiful West Sussex countryside around Gatwick Airport, with a first-class event village at Crawley’s Southgate Park. The choice of four race distances means that runners of all ages and abilities are being encouraged to get active and enjoy the experience of a big sporting event, and the whole day is expected to be an inspirational day of sport and achievement.

Colin Jackson has always worked closely with Sport Relief and in promoting confidence and activity through sport, making him the perfect ambassador for Flying Start. It is hoped that with his support, many runners will be inspired to #RunGatwick for Flying Start and help to transform thousands of children’s lives in the UK and in some of the poorest countries in the world.

Anyone wishing to run and raise money for Flying Start should email info@rungatwick.com directly. Full information on running for charity is available at www.rungatwick.com/charities-2018/

Race Director Dave Kelly added, “We are thrilled to announce that Colin Jackson will be joining us at the inaugural British Airways Run Gatwick next month. His incredible running achievements and current broadcasting roles make him an inspiring role model for runners of all ages, and we hope that many runners will be encouraged to run at our highly anticipated event this May. For many people, running at such a high-profile event is an ideal opportunity to raise money for a good cause, and Flying Start is an extremely worthy charity reaching out to children all over the world. Places are still available for British Airways Run Gatwick and we are very much looking forward to welcoming runners of all abilities to this exciting new road race next month!”

The 2018 British Airways Run Gatwick takes place on Sunday 13th May and entries are open to all races. Entry costs £36 for the International Half Marathon and £25 for the 5K or Corporate 5K. The Ambra Corporate VIP Area is available for an additional £12 per person. Entry to the Family Run costs £12 for children aged 4-15 years, and £1 for accompanying adults.

Go to www.rungatwick.com for further details and to sign up.