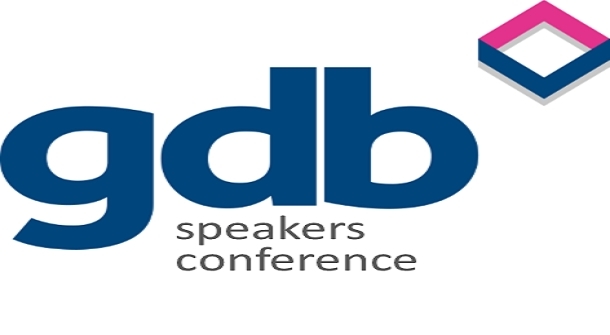 The recent Gatwick Diamond Business (gdb) Speakers Conference provided attendees with a group of diverse, interesting and thought-provoking guest speakers at South Lodge Hotel tackling a number of relevant, inspiring and interesting subjects. The team met as a panel to discuss delegates questions, with the conference hosted by BBC reporter / compere John Young.

This was the second year that Gatwick Diamond Business had delivered this type of event and it was very well received with over 90% stating it had exceeded their expectations with many commenting positively on the quality of the speakers and the information they imparted.

Luise Usiskin started the morning off with a wonderful talk on ’Unconscious Bias’, challenging us with our own sub conscious preconceptions which we didn’t necessarily know we had, leaving many uncomfortable with themselves. This Unconscious bias is often put into us through childhood, by our parents, our environment and education.

To demonstrate the way the media can have an impact, Luise showed a number of BBC Children’s show titles; for every programme with a female name there were 2.5 with male names. She explained ‘It is part of human nature to have bias but it needs to be brought into our conscious so we are aware of them’.

There are IAT tests that have been proved pretty accurate in showing us such bias, these can sometimes be disturbing to oneself when we are faced with the results. It has been found that organisations addressing these issues by implementing good diversity and equality programmes become more profitable.

Tori James is an adventurer and explorer who showed the heart and determination of a lion. She was the first Welsh and youngest British woman to climb Mount Everest.

Tori underlined the importance and the need to dream and think big and highlighted the 3 stages of thinking about challenges and how we face them in one of three ‘zones’: the Comfort Zone. the Stretch Zone and the Panic Zone, each related to how we respond to the challenge we are facing.  She believed the ‘fear of failure is stopping us’ reaching extra ordinary goals.

The clips and footage of her mountaineering training, preparation in climbing Everest and the final few steps to the summit were heart-warming. Tori warned us that many people will try to put you off achieving your goals, but she finished by stating ‘Success comes in cans, not cant’s’.

James Bellini is a ‘futurologist’ helping businesses and organisations to prepare and plan for the future.   So, faced with the question “What is likely to happen?”, Bellini underlined the point ‘the future is with us now’.

He has worked for the Hudson Institute and quoted Herman Khan (1922 -1983) by stating ‘if everyone says something is true … go out and take another look’. Khan was a preeminent futurist who became known for analysing the likely consequences of nuclear war and recommending ways to improve survivability, making him one of three historical inspirations for the title character of Stanley Kubrick’s classic black comedy film satire ‘Dr. Strangelove’ (1964) starring Peter Sellers. He also worked secretly for governments on predicting scenarios for the Cold War and Vietnam war.

James further stated that the more you look into the future the more unpredictable it becomes, but kept on the theme of the future is with us today, nothing is new, maintaining that urban farms (with us now) on top of skyscrapers will be a large part of the future, with the growing of plants and crops moving upwards in glass containers rather than sideways. He also showed us a very impressive hospital bed of the future  (how Theresa May could do with that now!)

Bellini left us with the thought that the ‘Oil of the 21st Century is ‘big data’ maintaining the further growth of the Amazon’s, Facebook’s with the impact being what oil did for the world economy.

After retiring from 30 years with Scottish Police, Kirk Kinnell shared his knowledge and experience as a hostage negotiator, approaching his audience directly with a number of challenges.Speaking on the skills and approaches needed when trying to persuade someone in a hostage situation Kirk, who has been deployed to around two hundred hostage and crisis negotiator incidents, said the skills are ‘transferable and is essentially a pitch’.Much emphasis was put on listening skills being able to cut through and understand what each party wants. The negotiation route map, read initial contact with party and making impressions, preparation & planning, first meeting, investigation, proposal, counter proposal, bargaining and review. The whole approach was very similar to the skills needed in direct sales; being able to listen, empathise and persuade.

So, look out for the gdb Speakers Conference in early 2019!

For more on gdb, please visit www.gatwickdiamondbusiness.com or call 01293 440088