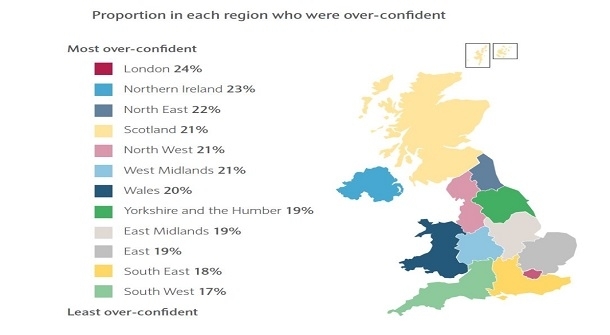 The South East is facing a significant skills gap as the public fail to demonstrate core employability skills, such as leadership and creativity, a major new study from Barclays LifeSkills can reveal.

The report, “How employable is the UK?”, which surveyed and tested over 10,000 16-65 year olds, 600 employers and 500 educators from across the UK, found that more than half (57 per cent) of over 16s are failing to demonstrate all the employability skills needed to succeed in the future workplace. In the South East this figure falls to 54 per cent, 3 per cent lower than the UK average.

These skills are crucial in preparing the UK for a world of work where, due to the speed of change, we are unable to accurately predict what the jobs of the future will look like and what technical skills will be needed. The seven employability skills are what humans are best at – they cannot be replicated by robots and will become even more valuable in the future, as global patterns of work change and automation, freelance working patterns and the average working age all increase.

The study showed that traditional sources of these skills, like in-work training and formal education, are not currently set-up to tackle the employability skills gap. Despite the majority (79 per cent) of UK employers rating the skills as important to their industry in the next ten years, a third (34 per cent) do not plan to offer any training in the near future. Research among teachers from across the UK revealed that 22 per cent don’t think their institution is effective in developing employability skills for pupils, with just 6 per cent feeling that their students are fully prepared with these skills when leaving the school gates.

The report highlights that, if we are to be successful in addressing this employability skills gap, educators, businesses and the Government must work more closely together. There is a clear need to raise awareness of the importance of these skills and increase the support available to people of all ages – ultimately helping the UK to thrive in the working world of tomorrow.

PEOPLE IN THE SOUTH EAST OVER CONFIDENT IN THEIR SKILLS

The research findings showed Millennials as the lowest performing age group, with just 4 in 10 (39 per cent) of 25-34 year olds able to display all of the core skills. This generation risks being overtaken in the increasingly competitive employment landscape by the younger Gen Z (16-24 year olds), a slightly greater proportion of whom (41 per cent) can demonstrate all seven key skills, despite only just having entered the workforce. Across younger respondents however, the study found high levels of over confidence when matching actual abilities to how they rated themselves, showing the need for ongoing support in building skills.

In comparison, almost half (47 per cent) of Baby Boomers (51-65 year olds) had the full range of employability skills but rated far lower in their self-confidence, meaning those who are working later into life may need support in using their strong skillsets to their full advantage.

Ashok Vaswani, CEO of Barclays UK, said: “Today’s findings show the importance of lifelong learning, whatever your age or chosen career path. I firmly believe that education should not stop at the school gates – businesses, educators and the Government all have a role to play.

“We need to work together to agree a core set of transferable employability skills, giving people of all ages the tools needed to upskill and ultimately creating a competitive workforce that will support the UK economy.

“That is why Barclays is backing the UK by announcing the expansion of our LifeSkills programme to all ages – by the end of 2022 we’re committing to helping 10 million adults build the employability skills they need to succeed in the future workplace.”