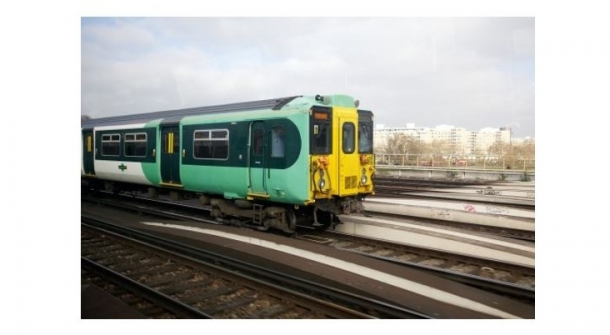 Trains used on Southern and Gatwick Express routes have picked up three medals for reliability.

Rail ndustry ‘Golden Spanner’ awards were given to trains used on suburban services in south London and Surrey as well as those between Uckfield and London Bridge, Eastbourne and Ashford, and Brighton, Gatwick and Victoria.

Selhurst depot’s maintenance team won the Bronze Spanner for the 20-strong Southern ‘Class 171’ fleet in the category for ‘first generation’ new diesel trains. Bronze awards are for the fewest delays per incident, effectively the fastest service recovery should a train suffer technical problems.

Engineers based at Lovers’ Walk depot in Brighton, supported by the Hornsey north London depot team, won another Bronze Spanner for the fastest recovery service for their fleet of Gatwick Express Class 387/2 in the category ‘second generation’ newer electric trains.

Govia Thameslink Railway’s Engineering Director Steve Lammin said: “Our engineers work round the clock meeting tough targets to keep trains available for passenger service. Their work has made a vital contribution to the great improvements in Southern’s punctuality and reliability, now at the highest levels for five years.

“I am delighted that their expertise, efficiency and dedication have been recognised and rewarded with these coveted awards. They can be justly proud to display them at their depots.”

This year’s ceremony took place at the Grand Connaught Rooms in London on 22 November. The awards are sponsored by leading rail industry magazine Modern Railways.

Modern Railways editor James Abbott said: “We’re pleased to sponsor the Golden Spanner Awards, because rewarding the best helps to drive up standards all round, increasing the reliability of rail travel. Warm congratulations are due to all the rolling stock maintenance staff whose sterling efforts have been rewarded with well-earned Spanners for their trophy cabinets.”