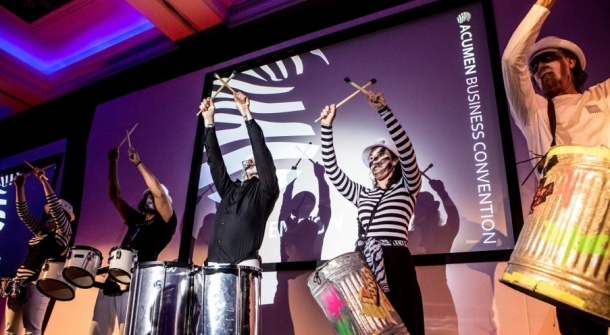 Lights are off, spotlight is on and…it’s SHOW TIME!

It is none other than the 2020 ACUMEN BUSINESS CONVENTION! The 11th prestigious business convention will be held on Wednesday 5th May 2020 at the esteemed Grand Hotel in Brighton.

As one of the largest business events outside of London, it raises the bar year after year. The line-up of speakers this year is extraordinary! They include: Dhiraj Mukherjee, Founder of Shazam and Justine Roberts; Founder of Mumsnet. They will share their inspirational journey and be sure to leave guests moved and educated.

This first convention of the decade will introduce new features too! This year the event will kick off at the earlier time of 09.30 and finish at 17.30, allowing time for additional networking sessions. An exciting new feature this year is the introduction of the ‘Acumental Space’ hall dedicated for debate, discussions and reflection on topics to be selected by the audience. Another new and exciting development is that Acumen has linked up with Brighton Fringe, so watch out for some quirky live performances on the day.… A returning feature, further to the success of last year, are the three Speakers Arenas which will again be showcasing six local heroes sharing their stories and learnings in a TedTalk style. These include: Stephen Boobyer, Founder of World of Books; Camille Pierson, Managing Director of The Float Spa and Matt Hunt, Founder of The Protein Balls Co.

“We are embarking on this new decade with an even bigger and better convention than we have run to date” said Penina Shepherd the Founder & CEO of Acumen. “We took the new decade as an incentive to shake things up and put on a refreshed Business Convention”.

ACUMEN BUSINESS CONVENTION is not only inspiring, entertaining and thought provoking but is also a true door opener for making some fantastic meaningful connections you cannot make at any other event.

To reserve your space at the 2020 ACUMEN BUSINESS CONVENTION, please visit www.acumenbusinessconvention.co.uk