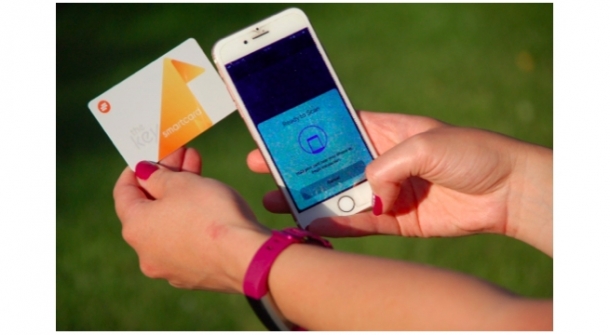 Customers of Thameslink, Southern and Great Northern can now use their mobile phone to buy and load weekly and monthly season tickets onto their Key smartcard. Loading tickets in this way requires an NFC-enabled smartphone and takes just a few minutes.

The Key smartcard also supports weekly or monthly travelcards for the Tube, buses, trams, trains and the Docklands Light Railway.

This saves queuing at ticket machines and ticket offices and will help to promote social distancing at stations.

It is in addition to the existing ability to purchase season tickets for the Key smartcard online and collect by tapping the smartcard against the gateline or station validator.

The Key smartcard uses the common ITSO industry standard and can be used for season tickets across South Western Railway, Southeastern and Greater Anglia as well as GTR services.

The switch-on of mobile loading is the latest in several new smart ticketing options for GTR services.

With the change in travel patterns underway, alongside contactless and Oyster, we thought it would be timely to include an updated briefing on the Key and eTickets for your reference.

The Key is the name of GTR’s smartcard. It works across the entire GTR network, as well as South Western Railway, Southeastern and Greater Anglia services and bus providers such as Brighton & Hove Buses. It uses the common ITSO standard, bringing future compatibility with smartcards in development across the UK.

The Key can currently be used in three different ways:

More information on the Key smartcard can be found on GTR websites in the ticketing section, for example: https://www.southernrailway.com/tickets/the-key-smartcard

eTickets, sometimes called mTickets or barcode tickets are electronic tickets. They are available direct from our websites and can be printed at home, or more commonly, saved and displayed on a smartphone.

eTickets are available for journeys between all ungated stations and between most major stations such as the London terminals and major cities and towns such as Brighton where barcode readers have been fitted to the gatelines, approximately 65% of the network at present. The full range of tickets including railcard discounts are available as eTickets.

On routes where eTickets are available, they will show as the default delivery option when purchasing tickets online.