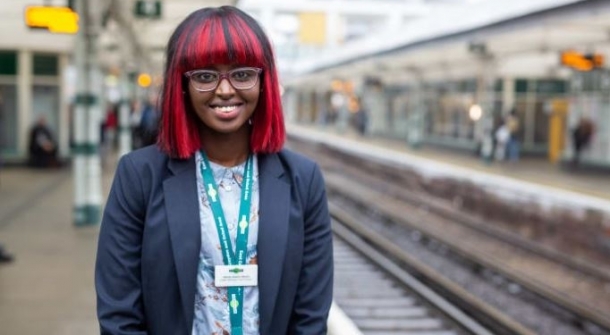 As National Apprenticeship & Careers Week (3-7 February) kicks off, Govia Thameslink Railway announces it is doubling the number of apprenticeships it will offer in 2020.

After beating its target of 140 apprentices in 2019, the rail operator is set to provide over 300 apprenticeships across 14 different roles ranging from drivers, engineers and operations to business administration and marketing. Open to people of all ages and backgrounds, including current GTR employees, the schemes reflect the true diversity of opportunities and possibilities that a career in rail can offer.

GTR’s increased focus on apprentices follows the operator’s accreditation by the Education Skills Funding Agency as a training provider for apprenticeships. This means GTR can provide more training in-house, with a clearer focus on the skills needed for careers in rail.

GTR’s increased commitment to apprenticeships will help to bridge the looming skills gap in the rail industry, offering education and opportunities, following warnings from The National Skills Academy for Rail of a considerable technical skills shortage in the sector.

Zoey Hudson, Head of Talent, Diversity and Inclusion at Govia Thameslink Railway, said: “The demand for skilled staff in the rail industry has never been higher. I am so pleased that we are creating more new apprenticeship opportunities than ever before. We are developing the skills of those who are already working in rail but also giving life-changing career opportunities to people from all backgrounds. This is all part of diversifying our recruitment approach to give more people better access to jobs and a career in rail.”

Anyone considering applying for an apprenticeship or role with GTR should go to: http://bit.ly/2QDrtZT

The target increase also follows a report from the rail operator and The Prince’s Trust which warns that industries across the UK face a future skills gap. Read full report here: http://bit.ly/2tCwnh5

Ramla Abshir-Slevin, 32, is an Apprentice Station Manager based at East Croydon. Former Dental Nurse Ramla came to London in 2008 from Switzerland and at the time didn’t speak much English. She started off by cleaning trains at Victoria before joining Southern. Ramla worked in a variety of roles from being on the gate-line in South Croydon to platform staff at Balham. In 2013, she had her daughter and in 2014 she took a full-time role in the ticket office at Victoria. Ambitious Ramla was keen to learn and was trained to submit the accounts. She then requested to shadow the Team Leader and soon became a back-up Team Leader, a role she loved. In 2016, while pregnant with her second child, she covered the Team Leader position up until two weeks before her due date. Following maternity leave, Ramla was determined to become a leader and was eventually successful. She said: “In January this year, a position for an Apprentice Station Manager came up and I instantly knew I wanted the job. I applied and fortunately got it. For me, my greatest achievement in the railway has been to get where I am now. Not only do I get to do what I love, but I will be rewarded with a qualification at the end of this.”

Video: Ramla says her apprenticeship has been "life-changing" http://bit.ly/36ICgqB

Rosie-Jayne Wiles, 20, is an Apprentice Electrical Engineer from Sandy, Bedfordshire, who works at the operator’s train servicing depots across the network, including Hornsey and Selhurst. She began her apprenticeship on the railway when she was 17 and had a three-month-old baby. Rosie had planned to become an English teacher and go to university, but she was drawn to the apprenticeship because it allowed her to learn and earn at the same time; she had also seen her mother, brother and cousin take on roles in the railway and believes that helped to draw her to the industry. Three years on and Rosie has been able to buy her first home and she will also be starting her Higher National Certificate (HNC) in electrical and electronic engineering in September. She said: “This is the type of independence the apprenticeship has given me. Everything I wanted to achieve at the end of my apprenticeship is on track to be a reality. I feel secure in the knowledge that I could quite easily have a job for life and am really proud to inspire other young women into the railway and particularly engineering. This is where I am supposed to be right now.”

Video: Rosie-Jayne recommends apprenticeships because you can "earn and learn" http://bit.ly/2RKVrfd