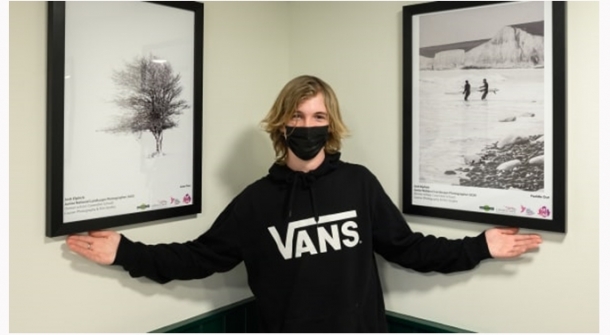 Passengers using Burgess Hill station can now shelter in comfort in a smart new waiting room, converted from a hut that once formed the original station building.

The hut on Platform 1, known by rail staff as “The Old Salt Barn”, was built in 1841 by the London and Brighton Railway when it completed its route between Capital and coast. It was the main station building until 1877, when it was replaced by the current building.

The transformation is part of a network-wide, multimillion-pound station improvement programme by Southern’s parent company Govia Thameslink Railway (GTR). With over 1,000 individual projects, GTR aims to make more than 250 stations better places for passengers to pass through.

In 2019, the company asked passengers and local communities across its network what improvements they wanted at their stations. At Burgess Hill, the most popular requests were for more shelter and seats. For much of its length, though, the platform is too narrow to add new shelters or benches. Station Manager Paddy Hawksworth and Project Manager Max Kenna came up with the idea of converting the under-used barn into a waiting room, to meet both needs.

The Old Salt Barn was so-called because Southern stored sacks of salt here, used to de-ice platforms at several stations along the Brighton Main Line. The company now orders salt each year as needed, so the five-year supply that had built up in the barn was removed and divided between the stations.

Station owners Network Rail have been helpful in allowing the conversion, which includes new windows and glazed doors. GTR have kept the original wooden barn doors as a display feature inside.

The heated interior has seats for 15 to 20 people (once social distancing restrictions are lifted). Décor includes tongue-and-groove panelling in Southern Railways 1920s-style heritage green. Permanent picture frames will display a series of ‘Art On The Line’ exhibitions by students at East Sussex College, starting with the UK’s Young Landscape Photographer of the Year, Josh Elphick.

‘Art On The Line’ is a partnership between the College and Southern, providing a rolling programme of student artwork displays at railway stations. The College’s Head of Creative Partnerships, Nigel Ryan, manages the installations.

Nigel said: “We are thrilled that Burgess Hill has joined Lewes, Eastbourne and Haywards Heath as part of the ‘Art on the Line’ programme. This is a much-needed opportunity for our talented, award-winning artists and photographers from the college to display their work while bringing pleasure to the community. With galleries closed, we need to make the most of every opportunity to showcase and use creativity to bring joy and a very welcome distraction. We also hope this will encourage more young people to consider creative courses, so many of which can lead to fulfilling careers.”

“Burgess Hill’s population is set to grow substantially in the coming years so we’re working with the local community and Network Rail to make sure the station offers current and future customers the pleasant travel experience they expect. This unique waiting room is a welcome boost.

“The station is an important and popular part of the town’s fabric, so I’m delighted we’ve been able to protect its historical appeal while adding facilities for customers. And it’s great to have created an opportunity to showcase talented local artists, with our partners at East Sussex College.”