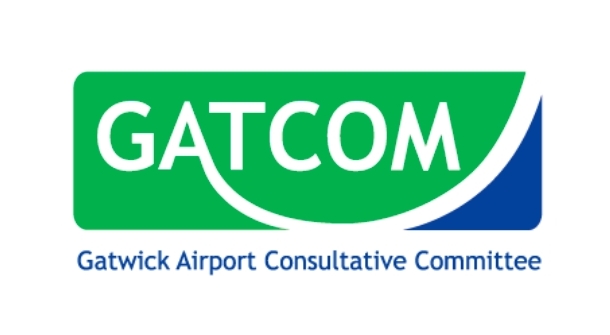 CHIEF EXECUTIVE OFFICER’S REPORT
The Chief Executive Officer’s commentary on activity and performance of Gatwick over the previous quarter was discussed. GATCOM thanked GAL for the regular updates on the rapidly changing circumstances at Gatwick over the past few months. GATCOM also commended the work of GAL in continuing to support the response to the pandemic, supporting employment initiatives in the region and its best endeavours to keep the airport operational in extremely challenging times. Other key points to note are:

(August/September) with a view to submitting the DCO application to the Planning Inspectorate sometime in 2022. GAL is currently working on:

a Planning Performance Agreement (PPA) with the local planning authority and local highway authority to help provide funding for project discussions. In addition to this GAL confirmed that all local authorities, including Kent, will continue to be invited to topic working groups. However, the aim was to enable PPA funds to be allocated at the discretion of the local planning and highway authority.

o habitat surveys in and around Gatwick including areas adjacent to the edge of airport, and to the north of the airport in the vicinity of the land reserved for the Reigate business park where a significant amount of tree loss has been seen. It also includes an assessment of fish and invertebrate habitats.

the use of virtual technology.

Forecourt Charging Proposal – detailed design is almost complete and work isunderway on the signage required to inform drivers of the new charges. GAL has engaged with a wide range of stakeholder and interested parties to build their comments and concerns into the final scheme. Blue Badge holders will be exempt from charges and GAL is developing a local Commuter Scheme for people living close to the airport in areas where there is very limited public transport access. The scheme is due to be launched in March 2021. GATCOM continues to have concerns about the introduction of the scheme particularly the impact this will have on people travelling with young families; those communities from areas east and west of the airport where public transport was non-existent and suffer the negative impacts from aircraft overflight who would be subject to a charge to access the airport; and the increased cost for local taxi services and courtesy transfer services offered by local guest houses. It was commented whether GAL should refer to the charge as “Forecourt Charge” and members asked that the fee charged should be kept under regular review.

o responding to consultation questions 13 onwards will close on 31 May. This part of the consultation relates to the review of the dispensations criteria and the night flights policy post 2024.

GATCOM agreed the process for considering its response to the consultation as follows:

25 February (15:15 – 16:30) – GATCOM Workshop “Future Night Flights Regime” for all GATCOM members and support officers to explore member organisations’ views on their aspirations for a future regime at Gatwick, dispensations criteria review and identify common themes to help form the basis of a suggested GATCOM response to consultation Questions 13 onwards.

31 May – submission deadline for Questions 13 onwards

CRAWLEY BOROUGH LOCAL PLAN UPDATE
Crawley Borough Council presented an update on the Council’s current local plan consultation and the key draft policies in relation to Gatwick. The key points to note are:
ENVIRONMENTAL NOISE DIRECTIVE (END) NOISE ACTION PLAN (NAP) REVISED MONITORING REPORT, PROCESS AND WORK PLAN PRIORITIES 2021
Following the outcome of a thorough assessment of GAL’s reported status set out in its mid- year 2020 END NAP progress report by GATCOM’s NATMAG members, instigated by the environmental and amenity groups’ representative, GAL has put forward a proposed revised monitoring and reporting process as set out in the reports to GATCOM. The key points to note are: