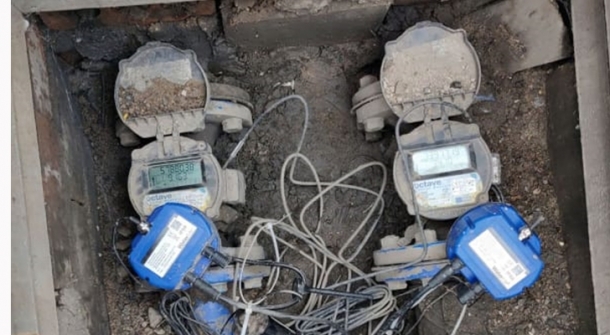 Govia Thameslink Railway (GTR) has announced on World Water Day [Monday 22 March] that it will install smart water meters at all 235 of its stations. The project could save around 40 million litres of water every year.

The systems provide a moment-by-moment measure of water flows at each station. Head-office staff get automatic alerts to any unusual change in the flow rate, so they can check for leaks and get them fixed quickly.

Based on the reduction in water use already tracked by the new meters, GTR’s environment team estimates that monitoring across the network will save more than 39 million litres of water every year. That’s enough to fill 15 Olympic-sized swimming pools, 130,000 bathtubs, or 174 million cups of tea!

Tom Moran, Managing Director for Thameslink and Great Northern, said: “The biggest benefit is leak detection. We can spot a likely leak immediately – the system automatically sends a warning email if the water flow is higher than expected. That means we can get it fixed in a matter of days, instead of waiting up to six months for the water company statement. We can also now spot if a particular station is using more water than we would expect for its size, and look into it straight away.

“Using these meters we’ve already reduced our water usage by six per cent over the past year. That’s 25 million litres saved. This is all part of our determined drive to build back greener. We’re making our stations more sustainable, reducing our utilities costs and doing our best to help save the earth’s precious resources.”

Other water-saving measures at GTR stations include the “wilding” of landscaped areas with plants that need less frequent watering. Platform drainage improvements by Network Rail are allowing more rainwater to soak away into the ground rather than evaporating.