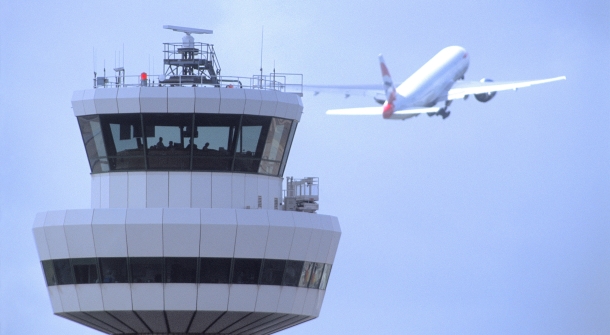 Despite continually changing travel restrictions - and the emergence of the Omicron variant - an encouraging end to 2021 saw passenger numbers at Gatwick exceed 1 million in August, September, October, and December - helping reduce the airport’s annual losses to £370.6 million for the year ended 31 December 2021 - compared to a £465.5 million loss in the previous year.

UK lockdowns and widespread international travel restrictions led to a 38.5% reduction in total annual passenger numbers at Gatwick, which hit 6.3 million passengers for the year, compared to 10.2 million previously.  The reduced total passenger numbers generated a negative EBITDA at -£26.3m.

The airport was able to offset the impact of reduced total passenger numbers - and maximise the benefits of a stronger second half to the year - through actions taken in 2020 to significantly reduce operating costs, including consolidating all air traffic and passengers into the North Terminal.

Following the UK Government’s decision to return discipline to the airport slot regulations and a series of significantly increased airline flying programmes by its airlines, Gatwick will reopen its South Terminal later this month – on Sunday 27 March - and will continue its recruitment campaign to help meet the expected strong demand for air travel this summer and beyond.    Gatwick and its partners – airlines, ground handlers, retailers, cafes and bars etc – have been recruiting for more than 2000 new posts over recent months, providing a much needed boost for local communities across the region.

Significant increases in short-haul flying programmes from the airport indicate a strong 2022 summer season, with easyJet’s leasing of BA slots giving the airline their greatest capacity ever at Gatwick with 120 routes utilising 79 Gatwick-based aircraft.  The return of BA’s short haul operations will also see 18 aircraft flying 35 short haul routes, five Gatwick-based Wizz Air aircraft will support their inbound services for a total of 25 routes and Vueling will serve a total of 16 routes, basing two aircraft at Gatwick.

Long haul traffic has also seen strong demand for leisure markets when restrictions allowed, with Caribbean destinations operated by BA and TUI remaining strong throughout 2021.  The second half of 2021 also saw WestJet and Air Transat restart services to Canada, BA and TUI restart services to destinations in Florida, Emirates restart daily services to Dubai (this is now double daily) – with other long-haul markets also re-established to Mexico, Mauritius, Costa Rica, Aruba and Qatar.

Two new long-haul airlines also started at Gatwick towards the end of 2021, with JetBlue flying services to New York and Scoot (part of the Singapore Airlines group) flying to Bangkok.

Gatwick also took steps in 2021 to secure the airport’s longer-term future by completing a twelve-week public consultation on the proposal to bring its existing Northern Runway into routine use, alongside its Main Runway, by summer 2029 for departing aircraft.

Stewart Wingate, CEO, Gatwick Airport, said: “As it was for many airports, 2021 was a difficult year for Gatwick but, despite constantly changing travel restrictions and the emerging Omicron variant, we managed to end the year strongly and reduced our losses compared to the previous year.

“Today, we find ourselves in a very different position.  Major announcements from our airlines about significantly increased flying schedules, and from Government on airport slot regulations and the relaxation of travel restrictions, mean we are now looking forward to a strong Summer.  We’re currently focussed on reopening our South Terminal to ensure we can meet this expected strong demand and we are looking forward to welcoming back passengers in increasingly larger numbers.

“The rebounding of international connectivity toward pre-pandemic levels will boost job and business opportunities, which is great news for many in our local communities and beyond. However, fully restoring consumer confidence will take time and I urge Government to make 2022 the year when all travel restrictions are removed completely, including the unpopular passenger locator form.”